We met so many inspirational people in India, yet it was the women who inspired us the most. The stereotype from the West is that Indian women are second class citizens which they indeed were, however things are changing in India and we were able to witness and meet some of the women standing up for their rights as an equal human being. I am not going to write the names of the women in case some weird sexist group reads this…

Mrs B’s husband died tragically in a car accident last year. As is tradition/expectation in India the business and property are handed over to the next man in the family (not the wife). Yet Mrs B took a stand in her grief and decided to carry on her husband’s good work and run the business herself. There was uproar from male relatives who said a woman couldn’t do this, that she wouldn’t be able too. People scorned her for not staying in mourning though Mrs Yogi told us she does not leave the house nor does she wear bright colours. Mrs B stood her ground and fought against the expectations of Indian culture to carry on her husband’s dream.

We discovered this woman’s beauty parlour by chance when we decided our backpacker nails needed manicures. As is the way in India we got talking and she invited us for dinner with her family.  We learnt about her life and how she came to run her own business. She told us her husband died from cancer one year ago leaving the family with no income. Her eldest daughter of 19 took a job in a factory whilst studying full time at university. She herself began a beauty parlour offering hair treatments, manicures, massages and waxing. Seeing Lydia get her mustache waxed is one of the funniest things I’ve ever seen! This mother stepped up to provide for her family as did her daughter. On our last night in the city we bought her flowers to thank her for her kindness towards us. As the family was still in mourning there was no colour in the house. She had tears in her eyes when we gave her the flowers and she couldn’t stop looking at them and smiling.

We came across a woman selling jewellery from one of the many market stalls in Jaisalmer. We got talking to her and she told us how she was forced to leave her family because she didn’t want to marry the man her father had chosen for her. She joined a charity who cared for single women forced out of their homes. The charity creates jewellery and all the proceeds go to the women and supporting the charity. 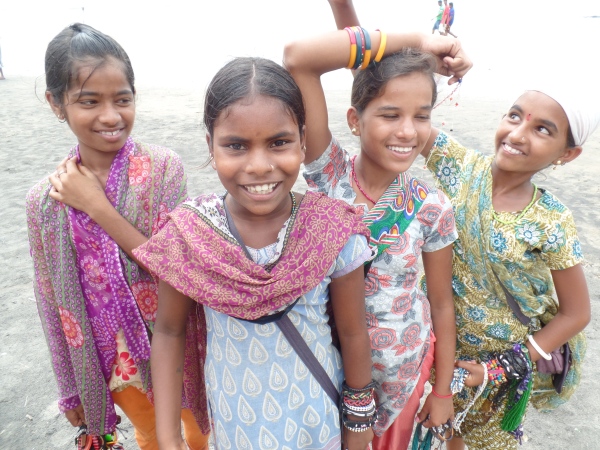 Even though there is still inequality in the West, we are in many ways far more advanced compared to the rest of the world (hello Saudi Arabia?!) but things are changing. I remember watching an advert in India about domestic abuse, it was so refreshing to see that they are taking this subject seriously. India is a rapidly developing country and with that is the need to make substantial changes in the way women are treated. There’s still a long way to go however, meeting women like those I mentioned above proves that women are stepping up against society’s inequalities and that India is trying to catch up.